Outstanding in the Field Dinner 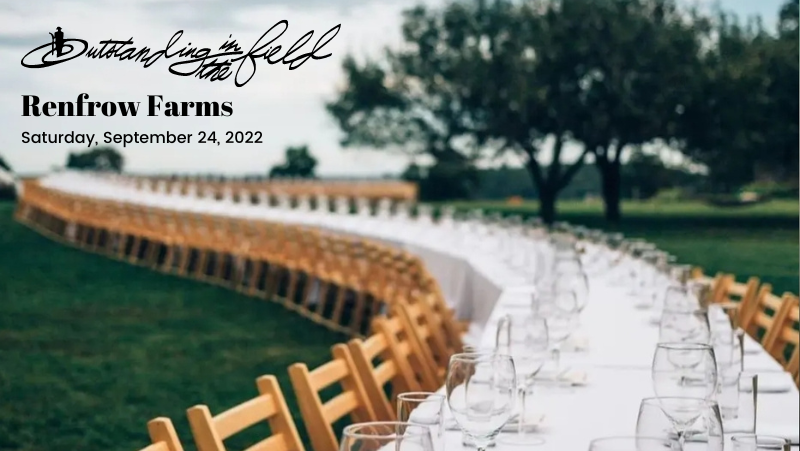 Renfrow Farms and its sister business Renfrow Hardware encompass more than 100 years of history and five generations of family business. The store opened in 1900 and the 9-acre farm was birthed in 2011, growing a wide variety of vegetables, fruits, nuts and flowers. They also produce honey from their 50 beehives. In 2016, Hurricane Matthew chased us into the hardware store for a unique meal down the aisles. Other years, we’ve set the table between rows of blooming flowers, fragrant lavender bushes and a colorful array of vegetables.

Wherever we end up this year, we’ll have guest chef Jamie Lynch cooking an extraordinary meal in the field kitchen. Jamie’s a bit of a Charlotte celebrity, from his time on Top Chef to his wildly popular New American hotspots. His first restaurant 5Church quickly became a Charlotte institution when it opened in 2012, earning him Best Chef from Charlotte Magazine several years in a row. Now the restaurant is known as Church & Union — part of his budding brand of New American restaurants across the Southeast. Jamie’s deeply dedicated to sourcing from local farms and even built his own 6-acre fruit and vegetable farm to help supply his restaurants. He’ll feel right at home cooking amongst Renfrow’s Fall bounty.